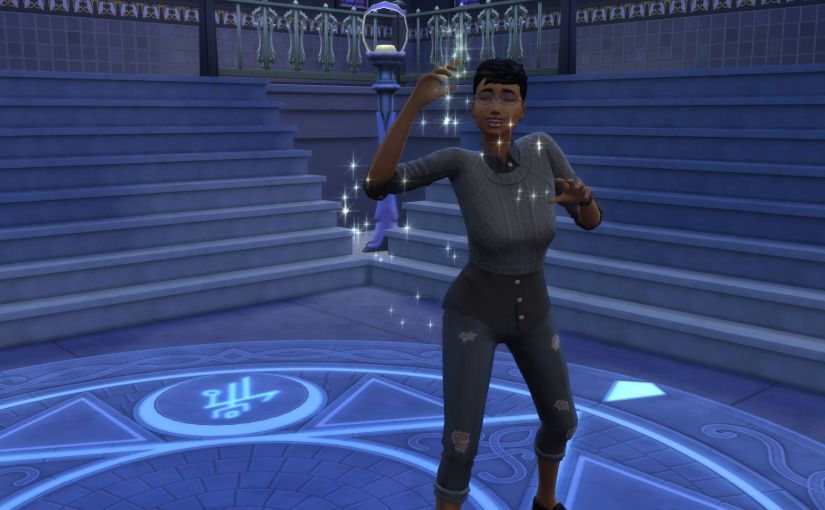 Hello and welcome back to another update of the Comic Summer. I am sure you are all here wondering about who won the heir poll right? Well we will get to that in just a second. First let’s recap, last time the O twins grew up into children, Olive got an A in school, and Autumn took another trip to the jungle where she finally got a couple relic bases.

So we still have to use the relic on someone, and Autumn sent some of our “extra” uncommon gems to be refined so we could use them. That means we are completely finished with the founders requirements, but we are super close. Ok, let’s find out who won the heir poll shall we?

Well the heir is….

Are you in suspense?

That’s right, our Bad Apple won you over. This race was really close, and while I was rooting for Oceana, those teal eyes, the voters made their voices heard. I also love Olive, well all the girls really, so I would have loved whoever you picked because they are all great in their own ways. Here is how the vote broke down:

So you can see, Olive won easily. Even though my vote would have gone to Oceana it would not have been enough to have her catch Olive. Thank you to everyone who voted, it was actually a pretty close race until the last couple of days when Olive pulled ahead. With that announcement done, let’s see how the family is doing.

The ‘O’ twins are working hard on getting Arts and Crafts badges for scouts. Neither of them has gotten this badge yet, but we are going to be working on it more. They have about a week or so before they grow up. We also need to work on their aspiration. Luckily while Autumn was in the jungle they were working on their Motor skill.

Blossom, who was born a spell caster, starts working on potion making. As she also has the Purveyor of Potions aspiration that will be a good thing to get her started on. I might keep the girls around for a bit to help with aspirations, although Brook doesn’t have a unique one.

The family travels down to the playground in Oasis Springs and everyone plays on the jungle gym together until Orca and Oceana have become playful and reached that milestone. Then it’s time for fishing. Eventually almost everyone reaches ther fishing badge goal.

So I always feel a little bad for Olive being she hasn’t had a ton of help, but Desiree let’s her know, she is our next heir. That means she’s going to have to get used to the idea of being told what to do a lot. That smirk on Autumn’s face cracks me up.

It’s been awhile since I captured a great Desiree face, but this one was pretty good. These two are very much in love with each other, and are super cute. I adore them, and would probably have them have more kids if I could, but we don’t have room and I don’t need more kids for the challenge.

Autumn continues to magically repair things at noon each day. She also has gotten in a fair amount of practice lately. She is on her way to the master level of magic, and while she doesn’t have all that many spells yet, due to lack of practice and going to the magical realm, she’s not doing too badly.

The oldest two come home with A’s on the same day. This is great! They have what they need in order to be successful spares. Both are also Llamacorn scouts at this time, having completed all the badges. I am debating keeping them around for just a little bit longer, or at least until Olive is YA and help out around the house and with the aspirations.

It’s a Monday and that means school project day. Father Winter came by, he’s apparently become good friends with the family and wants to come hang out often. You would think he would be getting very hot in that coat.

As night falls on the island, most of the girls are still hard at work, and everyone has a helper. Brook got through her project and so she helps Oceana with hers, while Desiree helps Orca, and Autumn (who helped Brook) now is helping Blossom. There are two additional projects for Brook and Blossom that they didn’t do while in elementary school.

The girls are actually pretty close and have started stopping whatever they are doing to give hugs to each other. I love close sims families. You can also see there is another sink to be fixed at noon. Blossom now has the Repario spell as well, and can help as needed.

Once of Autumn’s work tasks is to survey wildlife around the island. She doesn’t appear to be surveying much, but off to the side there is a sea turtle swimming around. We do need to keep the island clean for the rest of the challenge.

I am amazed that Autumn is not yet a master spell caster with as much as she has repaired and cleaned things around the house. We have used a fair amount of magic, and one time Desiree freaked out at her about it, although I missed all pictures of it.

Autumn: I know….I feel like one of my kids

Batty: I am here to help you.

Batty, do you pass on to anyone once Autumn goes, or are you bound to her forever?

Batty: That is an excellent question, and one for another time.

While Blossom was practicing her magic Autumn started trying to hunt down some new tomes. With all the spell casters that will be in this family we are going to need to grab all the books we can. Luckily she found one.

After learning a new spell Blossom starting searching for tomes, and she found a potion recipe, which is great for her aspiration. Meanwhile Autumn sat down and talked with one of the sages. At some point we have to beat all three at a duel, but I think that will come with later generations as they will be stronger spellcasters faster.

Autumn got hungry so she summoned up some food for herself, while Blossom sat down to learn about more magic, and learn another potion. This has been a pretty fruitful trip the magic realm already, but there was one last stop for Autumn to make.

A trip to the shops to buy whatever books, brooms, wands, and familiars they had that we didn’t yet have in the family inventory. With the shopping complete, Autumn and Blossom headed home.

And with that it feels like a great place to stop this update. Next entry we should see Autumn finish up her founders tasks by getting the gem inserted into the relic she made and use it on someone outside of the house. We should also see Olive grow up into a teen and now that we know she will be heir, we will be working on make sure the house it stocked up on magical things for her to use to get up to speed on everything she has missed out on being the Bad Apple. Thanks for reading and see you next time!